It’s been more than 10 years since we’ve heard a note sung by the British-Nigerian superstar Sade [Shah-DAY]. Now she is back with a brand new album called ‘Soldier of Love‘. And since this blog isn’t any ordinary daily, I’m free to express MY feelings about this…. 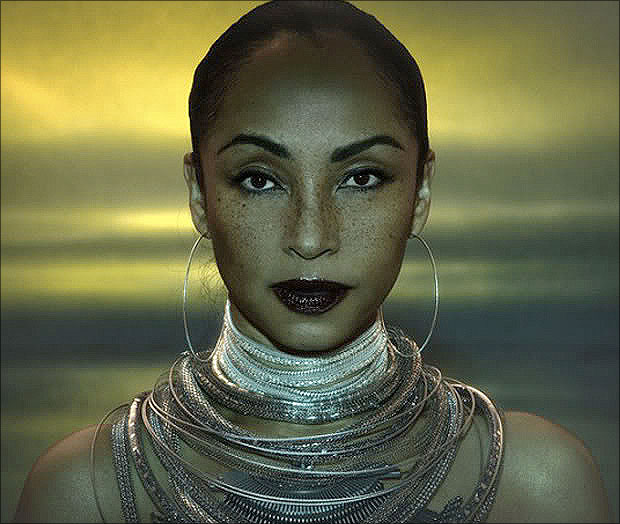 In the past few days I’ve been listening closely to the songs already sneak-previewed various places online:

All of the first five peeps live up to the usual high standard of the quartet (Sade, Andy, Stuart & Paul). But coming back from a couple of months in the Caribbean, ‘Babyfather‘ strikes me as one of the most beautiful songs Sade ever made. Strong and yet light lyrics..:

.. supported by a sandy reggae beat, it’s destined to become another radio hit, I’m sure. Knowing the song is about being a parent makes it even more honest and credible. At least to me.

Some would argue there’s nothing new to the now 51 year-old singer in this album. That can be debated. For once, why would we want the band to revolutionise something this good?

The first single – ‘Soldier of Love‘ – is best presented played on a proper rack. Place yourself in the middle of it, turn up the volume a bit, and let yourself dive into a sphere of details played so much down they almost aren’t there. It’s elegant and must be nothing but pleasure to perform.

As usual the vidoes for Sade’s songs are beautiful creations in themselves. Made like a small fairytale supporting the feelings, emotions and thoughts within and the lyrics and music expressed, ‘Soldier of Love‘ (as seen above) works extremely well. Director Sophie Muller once again embosses her position as one of the most sublime director of music videos in the past 25 years. Just a cursed shame Sony Music once again tries to prevent us from seeing the video by blocking not only embedding but also viewing on YouTube and elsewhere.

The album ‘Soldier of Love‘ (Sade’s 6th studio album) will be released on February 8th (9th in the US) 2010. I’ll be there when my album pusher opens the door, and help improve Sade’s already impressive record of 50 million sold albums – making her the best selling female musician in the UK.

Whenever anyone of you have news about the just as anticipated live-tour, please let me (and everyone else) know.