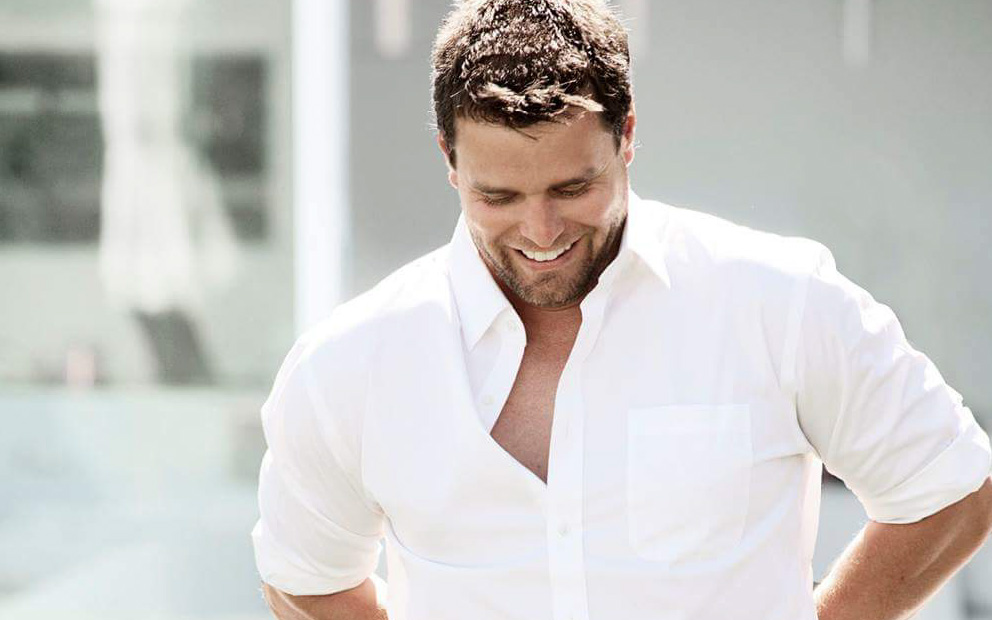 In the past 10-15 years, Norwegian composer Thomas Bergersen has gone from nerdy ‘demoscener’ to internationally renowned composer, doing spectacular scores for Hollywood movie trailers. But he has not peaked yet. In 2020 he embarked on an epic journey, exploring the nature of mankind and expressing his findings in music. The third installment of his planned 7-album marathon ‘Humanity’ just came out, and it is every bit as spellbinding as the first two.

According to Classic FM the number of young listeners of classical music has been growing steadily during the past decade, and in the past pandemic year (2020-2021) alone the group of streamers aged 18-25 grew by a staggering 34 percent.

One of the contributors to this growing revival of classical music comes from Norway. His name is Thomas Bergersen and though the Trondheim-born prodigy now resides in Los Angeles, USA, he has remained true to his heritage of Nordic folklore and sagas. He tells stories and writes with an almost supernatural ability to seamlessly cross and blend genres in new and unique ways, and this has surely helped increase his fan base across the world. Bergersen is now a music entity to be reckoned with.

With his 7-volume series ‘Humanity‘, Bergersen truly establishes himself as one of the leading forces in the epic music genre. He is one of a next-generation group of composers, driving this ongoing renaissance of orchestral music. Together with a handful of other younger composers, counting for example Ramin Djawadi (Game of Thrones, Westworld), Lorne Balfe (His Dark Materials), Brian Tyler (Fast & Furious, Formula 1) and Bear McCreary (Agents of S.H.I.E.L.D, Outlander), he is developing the entire genre into something new.

The first volume in the ‘Humanity’ saga came out on 1 July 2020 during the worst pandemic the world had seen in a 100 years. Whether it was intended or not, the album carried the underlying theme ‘Freedom‘. It’s opening track ‘Eleutheria‘ – literally meaning ‘Liberty‘ in Greek – sets the scene perfectly. It features the Bulgarian state choir, who brings new hope and sings to the good hearts of humans alike. It is followed by Truman’s legendary 1947 address and the track ‘Beautiful People‘. The latter features fellow Norseman, Merethe Soltvedt, who has been working with Bergersen for several years.

What makes Bergersen truly special though, is his ability to mix and blend genres, instruments, and sounds. The best example of this comes with track ‘Mountain Call‘, where epic choir, folkish flute, and voluptuous electric guitar worthy of Brian May fuse together as the most natural thing in the world. If there was a genre called ‘symphonic rock‘, this would surely fit the bill.

Building directly upon Humanity I, the second volume (released on 11 November 2020) in the series makes the relation to the listener more personal. With the overall theme of ‘Purpose‘ – as in ‘purpose in life‘ – Bergersen tries to advocate nothing short of World peace. The opening track ‘Mnp‘ literally means both World and Peace in Russian. It is a beautiful choir piece that will warm any frozen heart. A story begins!

According to Bergensen himself, the song ‘Crystalize‘ was written to describe the creation of everything, whereas ‘Your Imagination‘ celebrates our own ability to create and be creative. The result manifests in the Disney-like ouverture ‘Materialize‘, culminating in utterly superior vocal work by Audrey Karrasch (US The Voice – season 4). Keep an eye out for this woman. There’s more to her than meets the ear.

Humanity II takes you through life – both the life of you, of mankind, and of the entire universe. And all in the span of just 73 minutes. Quite amazing, when you think about.

However, the most breathtaking composition on the album – and perhaps of Bergersen’s career so far – comes midway through Humanity II. Like ‘Mountain Call’ on ‘Humanity I’, the track ‘We Are Legends‘ slingshots this Norwegian artist into the absolute super league of composers, in our humble opinion.

Everything comes together in this piece, making it absolutely epic among epic scores. It sounds like classic music with violins and spectacular French horns, sure, but it momentarily makes you want to play air guitar and kick furniture around the living room – a scene usually occurring when Metallica is on. This track is legendary and may well earn Bergersen a star on Hollywood Boulevard at some point.

Another track worth mentioning here, is the dreamy and somewhat retrospective ‘The Stars Are Coming Home‘, featuring Audrey Callahan. On his website Thomas Bergersen explains, that the song is meant as a commemoration of a friend lost to addiction.

Whether you have witnessed one close to you wither away to cancer or, like Bergersen, to drugs, you can relate to the frustration and despair that consumes you and feels like a monster eating you up from inside. This is what defines great artists – the ability to express this in ways, others can relate to. This time beautifully executed with a truly heartbreaking song. Well done both!

With the third Humanity installment, Bergersen dives into the perhaps most meaningful element of life – love!

From the very first magical moment, when ‘Sparks‘ fly, the ‘First Kiss‘ happens out of nowhere, to the ‘Butterflies‘ of happiness in the days after, to the ‘Magic‘ days following your vows of trust, love and loyalty. This orchestral arrangement follows that of a lifecycle between two people truly meant for each other. Elegant and balanced…

Though really well conceived and arranged, most weathered Scandinavians would feel Humanity goes too far down Disney Avenue with the song ‘Little Star‘. For the first time, Bergersen crosses the line where emotional beauty and meditative nirvana becomes a bit princess-nauseating. I am sure Disney fans will love it to pieces. But to this blogger it is too much sugar cherry.

The track, however, once again features Audrey Karrasch, who shines brightly and displays all the qualities of a Broadway musical star, and for that the song is worth keeping on the up-list.

Humanity III comes full circle in life with ‘Growing Old Together‘, ‘Until The Lights Go Out‘ and ‘It Was a Life Worth Living‘. All good stories must come to an end, and the best ones about love end, when the lovers sit in rockers, each with a cup of tea and a book of wonderful memories to share. That is exactly what Thomas Bergersen do so incredibly well. Elegant and touching without becoming too sentimental. Perhaps the strongest part of Humanity III.

The album ends with a reconfirmation of love – in two very different ways. The first one in the somewhat quiet and secluded ‘Love Suite‘, the second in the radio station A-rotation voluptuous ballad ‘You‘. I’m not quite sure where to put these two. Though both are wonderful tracks (the latter also featuring Karrasch), they feel a bit like attached to the album and not part of the storytelling as it is. That’s a shame!

The finale though, ‘Sunshower‘, is the kind of tribute to life and love that I would personally love to have someone play, when I leave this planet. The title itself illustrates how we imagine our last journey, and a reminder that love IS far bigger than anything else our earthly life can grant us. The only thing worth remembering in the last day.

Bergersen might have a totally different intention with the story, though. But, that’s the fine thing about his music – it paints pictures and creates stories. More so than most other current composers. This is what makes this Norwegian guy so unique.

Humanity III (released on 6 May 2021) – may not come out as strong as its two predecessors. But, make no mistake. It is 14 tracks from the absolute top shelf of contemporary epic orchestral music right now.

I’m personally looking very much forward to hearing what my fellow Norseman comes up with next, and where all the next-gen composers will take us in the years to come.

Find more information about Thomas Bergersen at: ‘thomasbergersen.com‘ & ‘twostepsfromhell.com‘
and find most of his music on ‘Spotify‘. 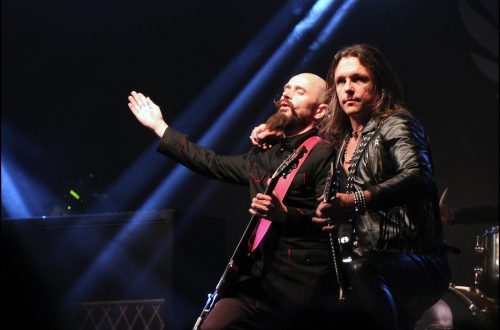 Enjoying the sound of Electric Guitars