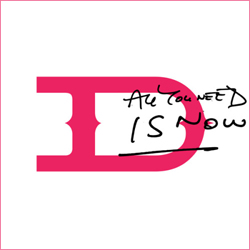 Admitting to the fact that I am biased as hell, it seems I’m not the only one with positive phrases.

PopMatters give it 9 of 10 and writes:
“For the first time in a very long time, Duran Duran sounds like theyâ€™re having fun, like they remember what it means to actually be Duran Duran ..//.. All You Need Is Now isnâ€™t Son of Rio, but itâ€™s the best album Duran Duran has released since then.”

The Evigshed blog is equally happy:
“After getting lost on the way musically, the band is back with what they do best, their own romantic new wave 80s sound with a little electro pop / rock and a modern beat. Honestly, itâ€™s awesome.”

Billy Manes from Orlando Weekly concludes the following about ‘All you need is now‘:
“The anthemic chorus lights up like all of the CGI fireworks in the classic ‘New Moon on Monday‘ video, floating on a bed of keyboards directly lifted from that very song. Duran Duran are back, and whatâ€™s more, theyâ€™re paying tribute to themselves.”

The album also called ‘All you need is now’ will come out two times – on the 21st of December 2010 exclusively on iTunes in a 9 track edition. Consequence of Sound (among others) has a tracklist. And then in the beginning of February 2011, the hardcover ‘real’ 12 track album comes out.

Needless to say – It’ll be part of my collection on that very day.