Melodic mystical dark power-pop in bright colors. What do you call a style mixed of heavy rock guitar, electronica extend, heavenly pop melodies with a strong yet vulnerable female vocal on top?

We know we are supposed to tell you. Well, this is so far the best we can come up with.â€¨â€¨ The relatively new Danish outfit, Projectblack, sounds like the best of Roxette mixed with the best of Depeche Mode plus 80s electronica guru Micheal Cretu. Then seasoned with sparkling synth and sealed with some extremely solid rock guitar â€“ and voilÃ . If you’re not already familiar with the trio, we strongly recommend you spend some time with us.

Based in the Danish city of Odense (home town to Hans Christian Andersen) Julie Black, her dad Lars, and uncle Jan figured out a way to strike their own unique sound in their first attempt. Despite guitarist Jan Black calling that â€œa miracleâ€, it may not at all be that big a surprise. All three band members have been singing and playing music since always, but with slightly different preferences. Allowing all input to respectfully count, the style ends up being Projectblack’s own.

â€œWell, we can’t excuse the influence of 80s sounds in the music,â€ guitarist Jan Black explains.

â€œBoth Lars and I grew up in the 80s to the sound of Electric Light Orchestra and Depeche Mode, just to mention a few. But we have always listened to lots of various music genres, Lars and I. Everything from Johan Sebastian Bach to Kiss, Type O Negative and Gary Numan.â€

According to Jan his niece Julie, however, brings something else to the band.â€¨

15 October 2015 the band released ‘Humans‘ â€“ the first of a total of four EPs â€“ and with it the video for the tune ‘Exit Six‘. A song about change and what happens the second you realize things have changed.

â€¨â€¨â€œThe song is about going from one phase in life to another. Going from the first love â€“ pure and real â€“ to a more adult love often carried by a more rational bias â€“ more cynical and materialistic,â€ Jan Black explains.â€¨

â€œWhat prompts this transformation in life is different from individual to individual. We as a band have one perception or explanation. But we prefer each listener to have his or her own experience added to the song.â€

In the video the love is symbolized by six tarot cards depicting Gli Amanti or ‘The Lovers’, while the fundamental and inevitable change is illustrated by the turning galaxy.â€¨â€¨

Projectblack was formed in 2010. Lars Black contacted his brother Jan with a handful of unfinished songs from his desk drawer. Jan who has a professional background as part of the metal band ‘Carisma‘ listened to it and put the pieces together.
According to Jan, Julie was â€œunanimously appointed lead singerâ€, pulled into the home studio and handed a microphone. Sing!â€¨â€¨

In 2012 the band released its debut album ‘Under Surveillance‘, on which the lead tune ‘Intense‘ immediately indicated a benchmark in Scandinavian sound. But that was completely unintended.
â€¨
â€œActually songs develop almost intuitively when we’re together. So it is not like we try to sound like anyone or try to twist the songs to fit a certain style. We always work a long time with the melodic flow through each song, trying to make the music emphasize the lyrics and underline the contextâ€. â€¨

â€¨
Shortly after the debut album release came the afterthought single ‘Summerflow‘, and in 2013 another called ‘Evil Twin’. The latter published in two versions â€“ an English and a French version (Julie is half French).

This second Projectblack ‘album’ is broken down into four EPs â€“ coming out every three months over the next year â€“ each containing three songs:

The reason for this is quite simple:

â€œTraditional album formats like the CD is on the decline. People stream music today and pick out single tracks instead of full albums,â€ says Jan and chooses to focus on the positive aspects of this trend. â€¨â€¨

â€œPublishing tracks a few at a time allows us to focus solely on these songs â€“ fine-tuning every detail before release. We are not locked to a certain format or deadline, and with the EPs we can match songs in themes. I consider this a great freedomâ€.â€¨â€¨

Projectblack has not yet signed with a major label. That is more or less deliberate, says Jan.â€¨â€¨

â€œWe have experienced the established society around music publication to be very closed around itself. The ones we have met with so far have all shown seemingly great interest in what we do. But at the end of the day they only want to publish a single or two. That was the case with ‘Evil Twin’. But we talked about it and decided we simply can not write tracks-on-demand aimed only to please a record company. It isn’t a negotiable road for us.â€â€¨â€¨

As mentioned above fans can expect more great tracks from Projectblack during 2016. But as of now, no live gigs have yet been scheduled.

â€¨â€¨â€œWe want to be able to deliver a proper setup before we hit the clubs. We need to have enough songs to play a full concert. And though we have some great musicians and backing vocals ready to help us perform live, we want to feel sure all is covered,â€ Jan Black rounds off and sees a possible tour form during 2017.

Until then we highly recommend you follow the band â€“ either on Projectblack, Twitter or the official website.â€¨â€¨ 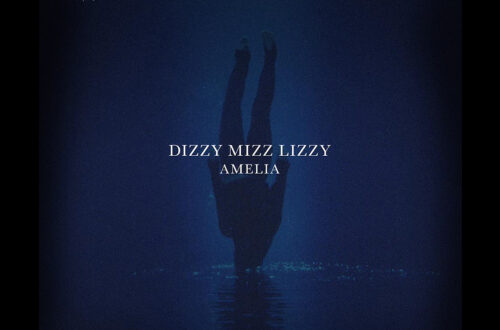